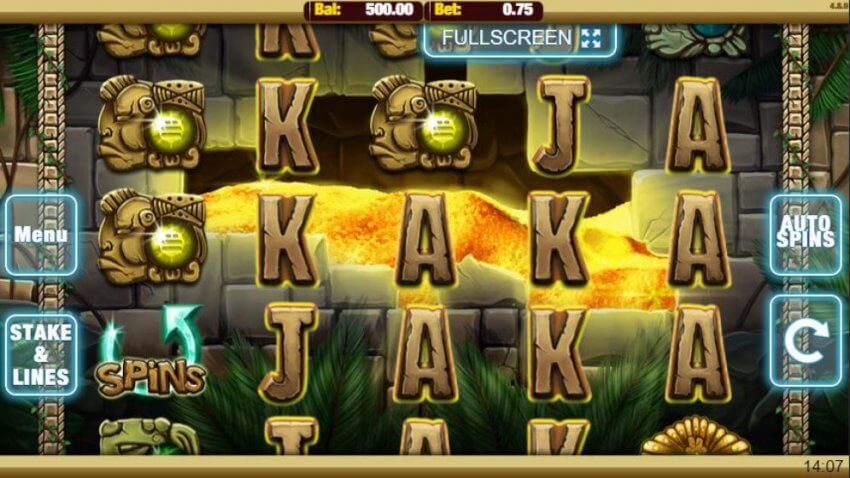 The reason Nektan, the digital slots developer specialising in games for mobile platforms, is becoming increasingly popular in this market, is that this developer has created a template for mobile slot titles that runs efficiently across all platforms, and stuck with it. So creating new titles is simply a matter of theming new background art, symbols and music, and deciding on the number of paylines and free spins to offer, along with the range of bets per line.

Heroic, subtitled Eye of the Dragon, is another title in Nektan’s expanding range. This one caters to players who like the forbidding environment and dragon-haunted adventures of Nordic mythology and Tolkien’s Lord of the Rings. As usual, the developer has put a great deal into the artwork, which is what helps keep the slot titles fresh even though the template remains unchanged.

The backdrop to Heroic is a ridiculously beautiful natural landscape set in the wild north. Towering rock spires clad in evergreen forests shed diaphanous waterfalls at every corner, and a huge dragon flaps lazily across the cloud-strewn sky in the distance. The five reels, with three windows each, are invisible, so the bold, brightly coloured game symbols hang against this backdrop throughout play.

In keeping with the theme, the Heroic low-value slot icons are rendered in a script that has a runic touch to it, and these 10, J, Q, K and A Poker symbols are decorated with geometric Norse engravings.

A Mythic Mix of Heroes and Dragons

Heroic features four heroes among the higher-value slot symbols: a ginger-bearded dwarfish warrior, a raven-haired swordsman, a female elven archer and a silver-haired mage. The slot’s logo, Heroic surmounted by a glaring dragon’s eye, is the highest-value symbol, worth up to 1,000X the line bet. That prize is for five of a kind, but even three logos pay out 100X the line bet. As Heroic is a 20-payline game, this on its own is 5X the total bet per spin, so the slot offers worthwhile payouts.

The Wild and Scatter symbols are also dragon-related. The Wild is a scaly dragon’s egg clasped firmly in a dragon’s tail, and it has the standard substitution function. The Scatter, a roaring dragon’s head above the word Spins, is also standard: three or more anywhere on the reels triggers the bonus round of 30 free spins. Unusually for a Nektan online casino Singapore slot, the backdrop changes during the bonus round. The mountain peaks become volcanoes and the waterfalls turn into streams of flaming lava, which is an interesting visual touch.

Despite its origin as a mobile casino slot game for mobile users, Heroic is fully compatible with other platforms, so fans can access it from the desktop or laptop too. However, the game’s controls, designed as two pairs of buttons on either side of the reels, are particularly well suited to touchscreen thumb control, so smart phone users can play on the go.

Players can adjust the number of paylines they play, from 1 to 20, and there are five bet-per-line levels too, from 0.01 to 1.00 in the relevant currency. So Heroic is a slot that can be played on any budget, wherever and whenever the players might feel the need for some mythic slots action bingo for money.